Part 2: What is a Philosophy of Collaboration? A philosophical question.

I hope that the following can serve to clear up the cloudy nature of philosophy into a relevant definition to restorative dentistry. However, as is the nature of philosophy, analogies, models, and comparisons being in order that may at times feel like tangents. I will try my best to be concise as to how I see things.

Philosophy itself is peculiar in its seeming useless nature. Comprised of an endless barrage of questions, and thought experiments that circle around over the centuries. A philosophical discussion can easily see the eyes glaze over as questions like “what is truth” or “what is reality” become the ultimate rebuttal. The progress of philosophy seems to be not in answering questions so much as more finely articulating them, to either expound or confine the scope of its relevance. The value of which is often lost to the people of its time and place. Yet the strong influence of philosophy can be seen in the very foundations of our society. This is because philosophy serves to address the questions of governance, self-governance, and how we should govern each other.

For an example of how philosophy addresses the question of how to govern each other on a grand scale, we can look at the founding of our nation. An example of a question philosophy would pose: If the pursuit of happiness is indeed an inalienable right, upon which, the foundation of so many other rights, duties, and laws are predicated, then shouldn’t we as a society be clear as to what happiness is? So, what is happiness? An interesting question, with grand implications. Entire lives, careers, even professions have been dedicated to defining simple words such as happiness in such a way as to satisfy the needs of governance. 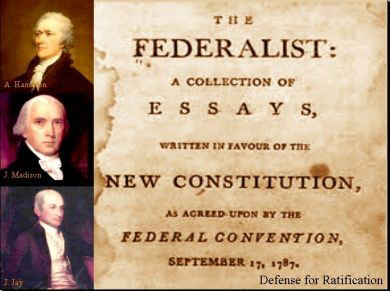 Through collaborating together, the authoring of the Federalist Papers by Alexander Hamilton, James Madison, and John Jay lead to the adoption of our Constitution and bill of rights, themselves works of collaboration, and no doubt great works of philosophy. These writings are the culmination of centuries of philosophical thinking, and as history has since shown, resulted in ideas centuries ahead of their time. These documents identify a delicate balance that makes clear what is meant by “the American experiment”.

Most substantial, because the federalist papers led to the ratification of our constitution, the influence of the federalist papers has and continues to this day to shape our culture. Culture is more important than written law because it will either render guarantees of civil rights unenforceable or to some degree self-enforced. Without a culture that values self-expression, any guarantee of such a right is unlikely to truly last. Where a society stands in regards to these balances can be examined when that society is considering the interests of an individual vs. that of the whole. Though far from this simplistic, these philosophies ultimately promoted this nations culture of individualism. 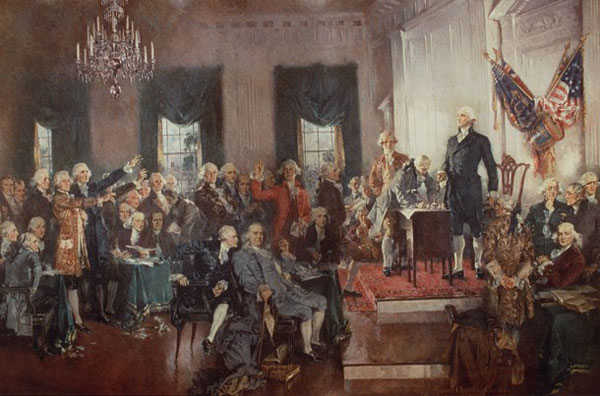 Individualism combined with collaboration created a novel American value system that holds sacred certain God given individual rights, setting the stage for equality of opportunity not through enforced egalitarianism but by guaranteeing rights that afford those opportunities. If perception is indeed reality, our culture perceives that individual sacrifice, work, and risk can be met with individual reward or individual accountability. Working for one’s self, thinking for one’s self, being self-made, these are all qualities of admiration from one American to another. As a veteran, I love this spirit of individualism and it is enshrined by the word freedom for me.

A philosophy of collaboration addresses the question of self-governance and thus is a guiding personal force that influences a clinician’s overall philosophy of medicine.

I believe that being governed by philosophy will place needs in a hieratical order, in which the satisfaction of one is necessary to even begin another. Even if one’s own priorities are in order, restorative dentistry has several parties to consider, the patient, the doctor, the assistant, the hygienist, specialists such as oral surgeons, orthodontists, periodontists, and the lab technician. Each member has their own unique needs, goals and interests to be considered. In the case of the practice or lab owner, a self-governing philosophy would consider all this and more.

With so many variables, there is a tendency to simplify the process by focusing on the clearest needs, one’s own. This tendency will be reinforced or challenged by culture. An individualistic culture ultimately promotes placing one’s own needs, goals, and interests first and rewards a do-it-yourself attitude. This may work well for society at large but can lead to conflict in medicine.

By building a culture around collaboration, the common needs, goals, and interests can become clearly aligned. It is my assertion that proper collaboration among the restorative team by default places the needs of the patient first.

Collaboration with peers and specialists however will reveal who one considers to be a peer or specialist. As stated in my previous essay, A Legacy of Collaboration, when the tornado swept through Rochester and quickly overwhelmed the Mayo doctors. Dr. W.W. Mayo did not have the luxury to belittle the qualifications of anyone willing to help. He instead saw the potential that even uneducated and inexperienced individuals have to contribute. He found within the sisters of St. Francis a divinely inspired drive to help as their role increase in its scope from simply providing beds to medically caring for the injured. Their capacity to do so was not facilitated by formal education but rather an incredible depth of compassion. In this way, a philosophy of collaboration guided him, the sisters, as well as the community of Rochester through this crisis. 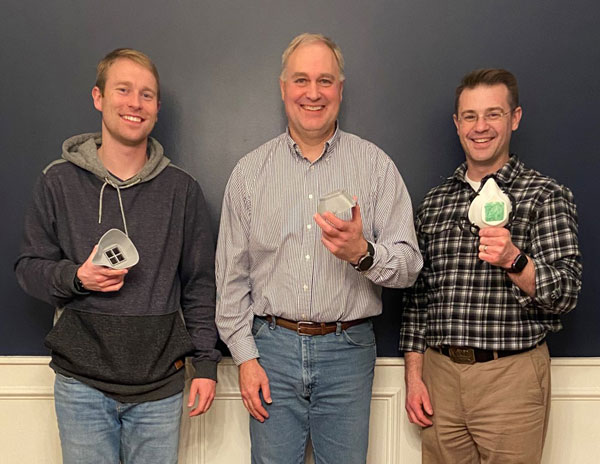 In more recent events, the crisis created by the COVID-19 pandemic has seen collaboration once again guide communities. The pandemic posed a very real threat to the world’s health care workers and senior care workers as personal protective equipment quickly came to short supply. Right here, in Billings MT, a small group collaborated to develop an .stl file for a 3D printed N-95 styled mask that would increase the useful life of a single mask to 6 uses. Called the Montana Mask, details about the project can be found at https://www.makethemasks.com/. The project is developed and spearheaded by Dr. Dusty Richardson MD Neurosurgeon at Billings Clinic, Dr. Spencer Zaugg MDM, and his son Colton Zaugg who graduated from Brigham Young University with a bachelor degree in microbiology. I am proud to say that Dr. Spencer Zaugg is one of our longest held dentists clients. His practice website can be found by following the link https://longliveyoursmile.com/.

The necessity for collaboration did not stop there, the project has mobilized 3D printer groups, maker sites, universities, libraries, dental clinics, dental labs, and companies with injection molding capabilities all over the country to make masks for their local health care worker. This is an elegant supply chain solution. As soon as I was made aware of this file I began printing the masks as fast as I could on our sole Formlabs 3. At the time of writing this, the Montana Mask .stl file has been downloaded over 500,000 times in countries all over the world. To add to the perspective, I have printed dozens and only downloaded the file once. 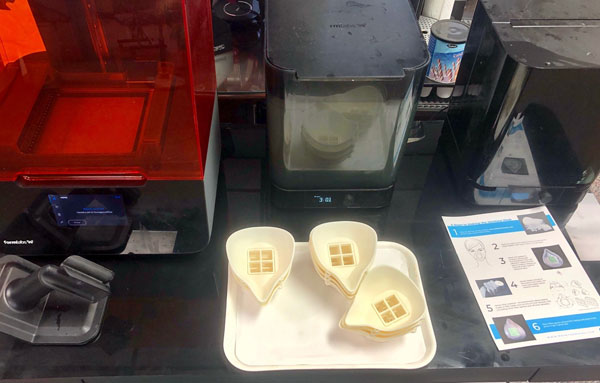 “The best interest of the patient is the only interest to be considered, and in order that the sick may have the benefit of advancing knowledge, union of forces is necessary”

In treatment planning, as I have come to know it, one must begin with the end in mind. W.J. Mayo stated that the needs of the patient require the uniting of forces. Operating on a philosophy of collaboration means being scientific, compassionate, and tenacious in ones drive to achieve a well-articulated and clear end. If all parties involved in treatment, including the patient, have this spirit, much more can be accomplished.

Something to consider is that the culture of any society rewards certain personality types, and the philosophies that allow them to prosper. In the case of the private dental practice, those with a philosophy articulated for business and technology, are likely to at least survive, even thrive. Therein exists a dichotomy for those thriving in this individualistic society who in any way practice medicine.

As I will show in more specifics in my next submission, a philosophy of collaboration can even make clear the decisions necessary when addressing this dichotomy of medicine and business.

My only qualifications for speaking of philosophy is my education, my upbringing in this industry, my experiences in the 82nd Airborne Infantry, and two audiobooks. One of the fringe benefits of my short time doing technician work is audiobooks.

One of these is a 30-hour audiobook written by professor Daniel N. Robinson, PHD at Oxford University titled “Great Ideas of Philosophy” from the Great Courses series on Audible. Professor Robinson mostly focuses on philosophy of the mind, legal philosophy, and moral theory. I wanted to contact professor Robinson, as I would have loved his take on my ideas before publishing. Unfortunately, he passed away at the age of 81 on September 17, 2018 after I had read his book but before I started this project. While I do not quote professor Robinson or his work directly in this essay, he had a profound influence on what I mean by philosophy when I talk of a philosophy of collaboration.

It was this audiobook that led me to listen to The Federalist Papers, Unabridged, by Alexander Hamilton, James Madison, and John Jay.

I am no philosopher, I am no historian. Listening to such topics while working is a bit like drinking from a firehose, I’m mostly just getting wet. However, I believe the power and merits of an idea lies within the idea itself. It is my hope that this essay has at least stirred within the reader an inner dialogue about the power of collaboration in medicine.